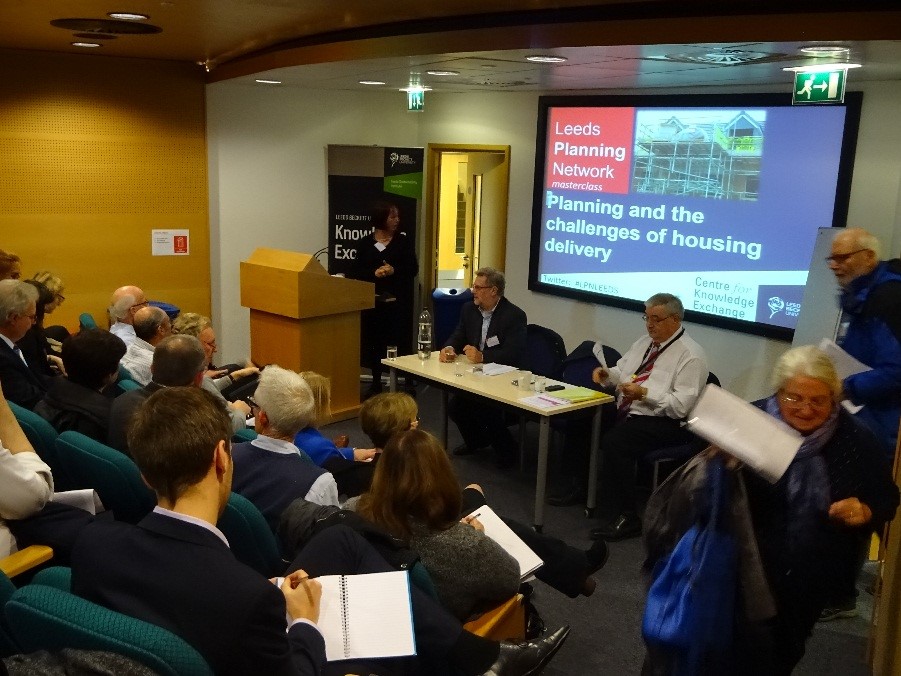 Around sixty people took part in Leeds Planning Network’s first Master Class on 19 November to debate the challenges of housing delivery in the region.

With plans announced for another 70,000 new homes in Leeds, decisions over housing are clearly contentious and this Master Class brought developers, planning practitioners and community activists together to shed some light on how the political controversy is managed.

Former Chief Planning Officer for Leeds, Phil Crabtree, and ex-Executive Member for Planning and Housing, Cllr Peter Gruen debated the issue with John Kirkham, strategic development manager for Persimmon Homes. The Master Class was chaired by Jane Kettle, housing researcher from Jay Consulting and was a research and enterprise event for the Planning, Housing and Geography group in the School of Built Environment and Engineering run through Leeds Beckett University’s Centre for Knowledge Exchange. 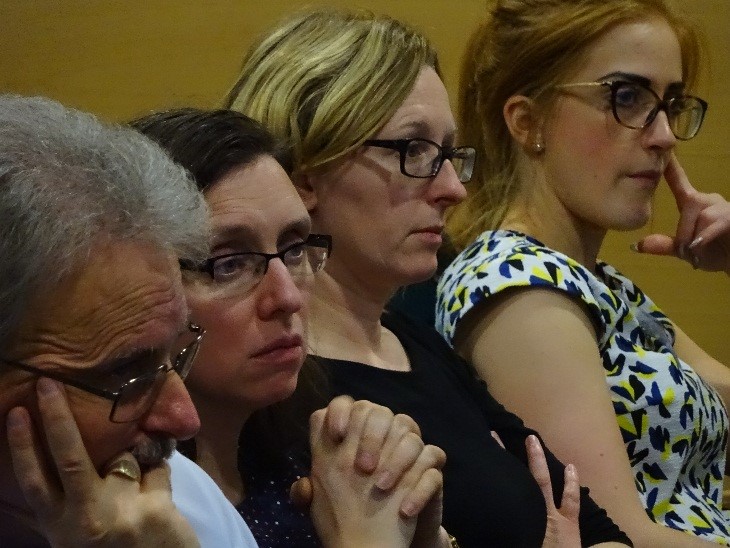 Setting the context for the debate, Phil Crabtree spelled out the potential impact of the new Housing Bill 2015 and pointed to the democratic deficit of automatic planning permission for housing on brown field sites. Phil argued that private house-builders could never meet all housing need and criticised the standards and quality of new private house-building while fewer affordable homes were being provided.

John Kirkham, from Persimmon Homes, argued that local politicians were unable to plan positively for housing growth and called for less regulation on private house-building. He suggested that house-building should be treated in the same way as major infrastructure decisions and was too important to be left to local communities. John countered claims that private house-builders are banking land and criticised the public sector for its lack of understanding of the needs of developers.

Cllr Peter Gruen told how Leeds had tried to make the planning system fairer and reduce suspicion between developers and the public sector. He argued that public support for house-building could be won if infrastructure needs of growth were met first. He voiced his support for increased house-building, built on brown field as well as green fields, and designed to a high standard. He spoke passionately about the continued need for social housing and announced that Leeds was building council housing for the first time in decades.

Questions from the floor raised issues around the calculation of housing need and the site allocations process. Cllr Gruen explained the need for a robust Local Plan to prevent speculative building and to ensure housing for future generations.  Discussion focused on the loss of green space, and the impact on affordability of the new starter home initiative. There was criticism, too, that the insistence of private house-builders on making 20 per cent profit meant that they avoided their commitment to provide affordable homes. There was agreement that a partnership was needed between the public and private sector and that political leadership was essential to meet housing need.

Please view the storify below for a selection of tweets and images from last Thursday’s event, #lpnleeds.

Future events from Leeds Planning Network include a neighbourhood planning workshop on 30 January and another Master Class on the Future of Affordable Housing on 17 March – put them in your diary!

RIBA Stage 2: Starting to specify the specifics of your spec