Dark and true and technological is the North: Digitising the region

At a recent Constructing Excellence breakfast event we held, we were particularly struck by a statistic from a recent McKinsey Global Institute (MGI) study which proposed that in terms of digitisation, the construction industry lags dramatically behind those in other classically undigitalised sectors and in fact ranks only above farming and agriculture. Having been heavily involved in promoting digital construction across the region and beyond we felt that in light of this statistic it was important to explore our impression of where the industry is and specifically where Yorkshire and Humber currently places in order to meet the demands of the future. 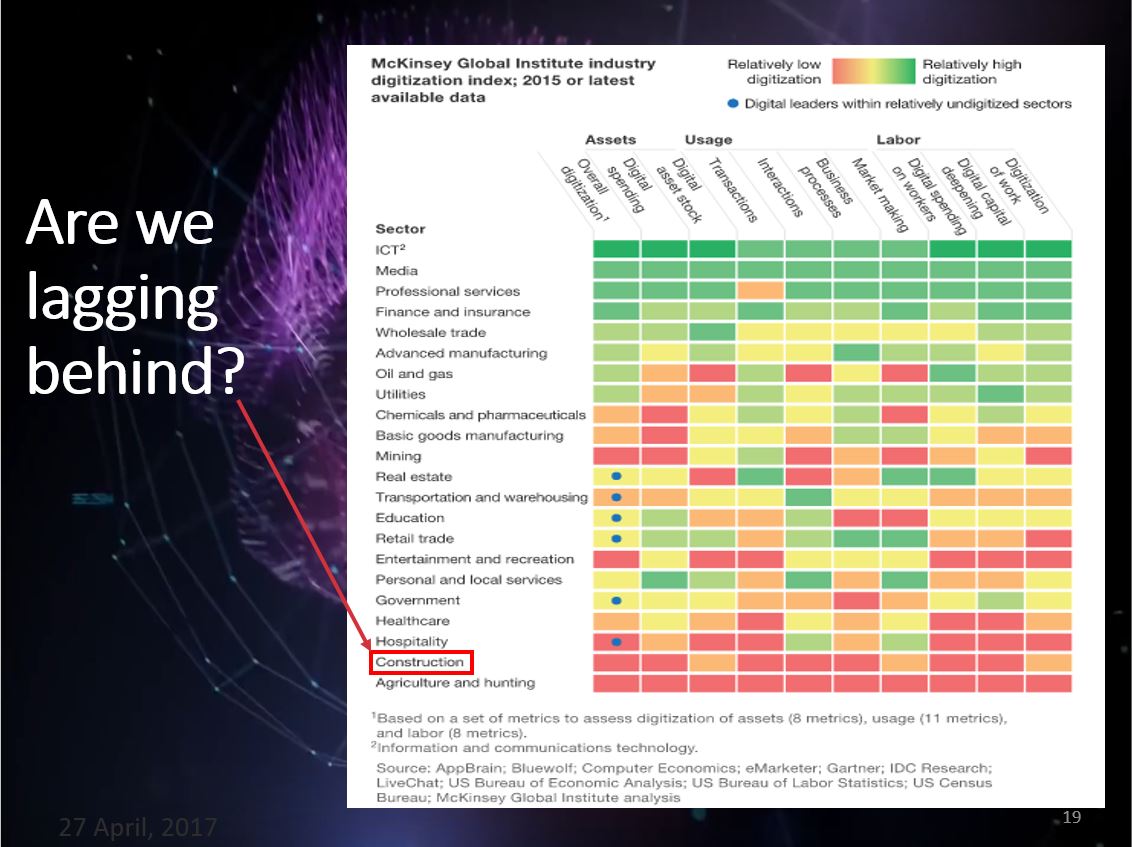 We at Constructing Excellence Yorkshire and Humber (CEYH), part of the Leeds Beckett University School of Built Environment and Engineering have been running digitally focussed events through our thinkBIM network for over five years now and have overseen a massive growth in digital uptake across the region. Originally set up as a network to promote the advancement of BIM (Building Information Modelling) our remit has broadened to highlight new technologies and digital processes and their current and future uses. 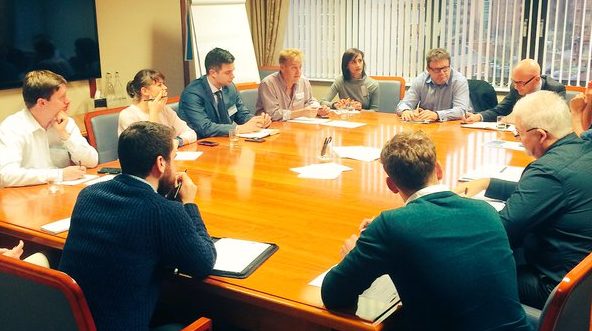 When we started, the events were definitely for the innovators and early adopters, particularly in larger companies with SMEs being a little unsure of dipping their toe in the water; early problems being the choices of software available, balancing the cost of adoption with business needs and lack of clarity in contractual BIM requirements – all issues which we have had to address through events and targeted 1:1 support. As the network has expanded though, so has the industry’s understanding of the benefits of digital adoption, and this along with the publishing of the Digital Built Britain strategy in 2015 has helped to demystify some of the processes and improved knowledge and uptake of digital tools and processes across the region.

Even in these early days of digital adoption we saw how local organisations were at the cutting edge of the technological innovation that was unfolding. Not always on the large and prestigious projects but on smaller schemes like the laser scanning of the Orangery in Wakefield by DLA Design which showed what was possible already. We also witnessed the great work done by BAM at First Direct Arena working with their designers, structural steelworkers and precast concrete manufacturers who collaborated together using coordinated models form each organisation to resolve issues with the design, create and more effective design and improve the outcomes for the site team. By working together the team delivered an innovative and award winning venue for the city of Leeds. 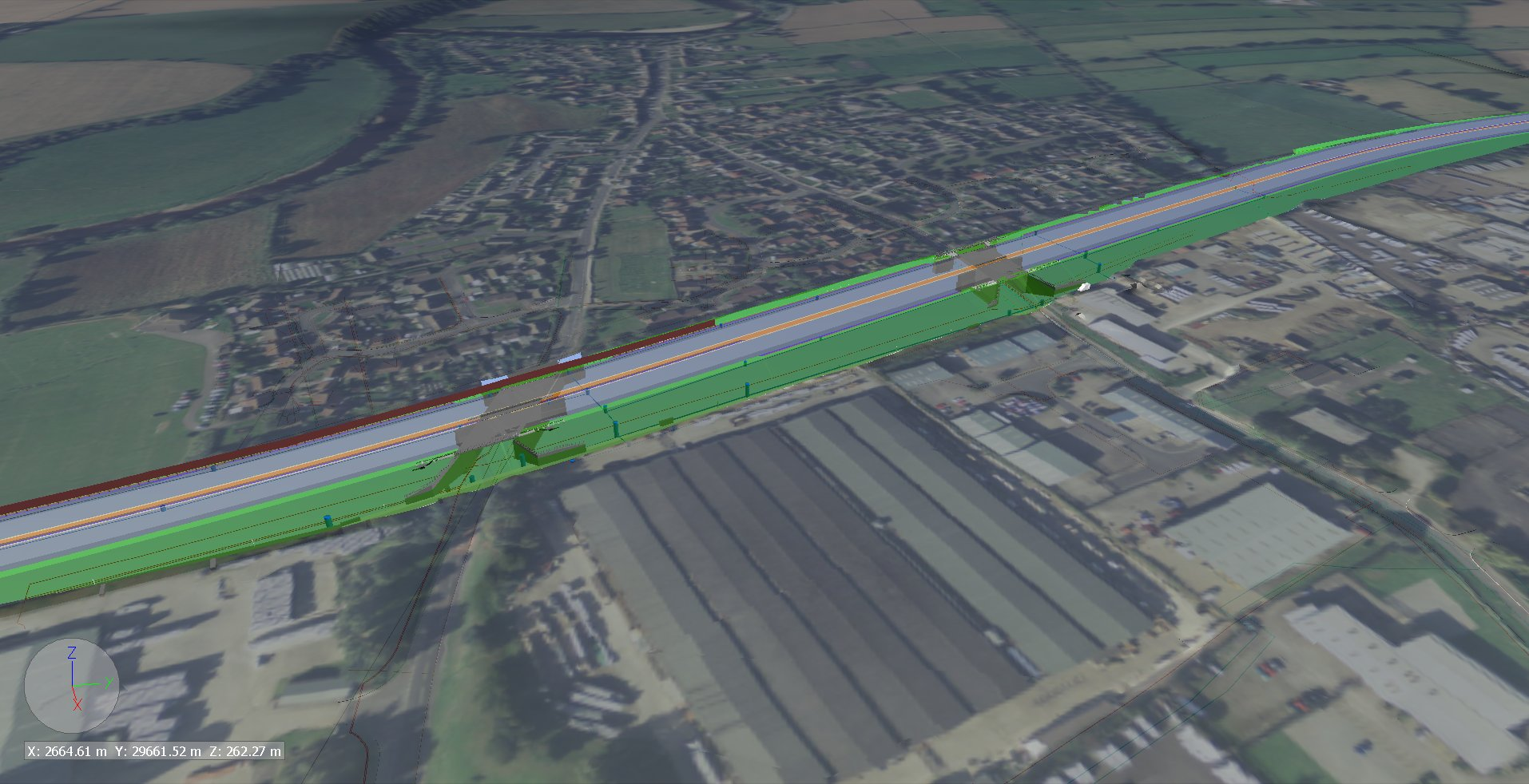 The region has also seen the digitisation of infrastructure schemes too. The award winning A1 Improvement scheme from Leeming to Barton, a Carillion Morgan Sindall Joint Venture demonstrated many new and innovative ways to use digital data to assist with stakeholder engagement as well as collecting real time digital quality records during the course of the works too. Over at Immingham, Costain used the combined, federated, model of their scheme to accurately and successfully plan a 76 hour possession over Christmas 2015 where the team jacked a 5000 tonne bridge into place under the busiest freight railway line in the UK. All this was achieved by creating a digital programme that was meticulously planned, checked and reviewed by the project team, Highways England and Network Rail. 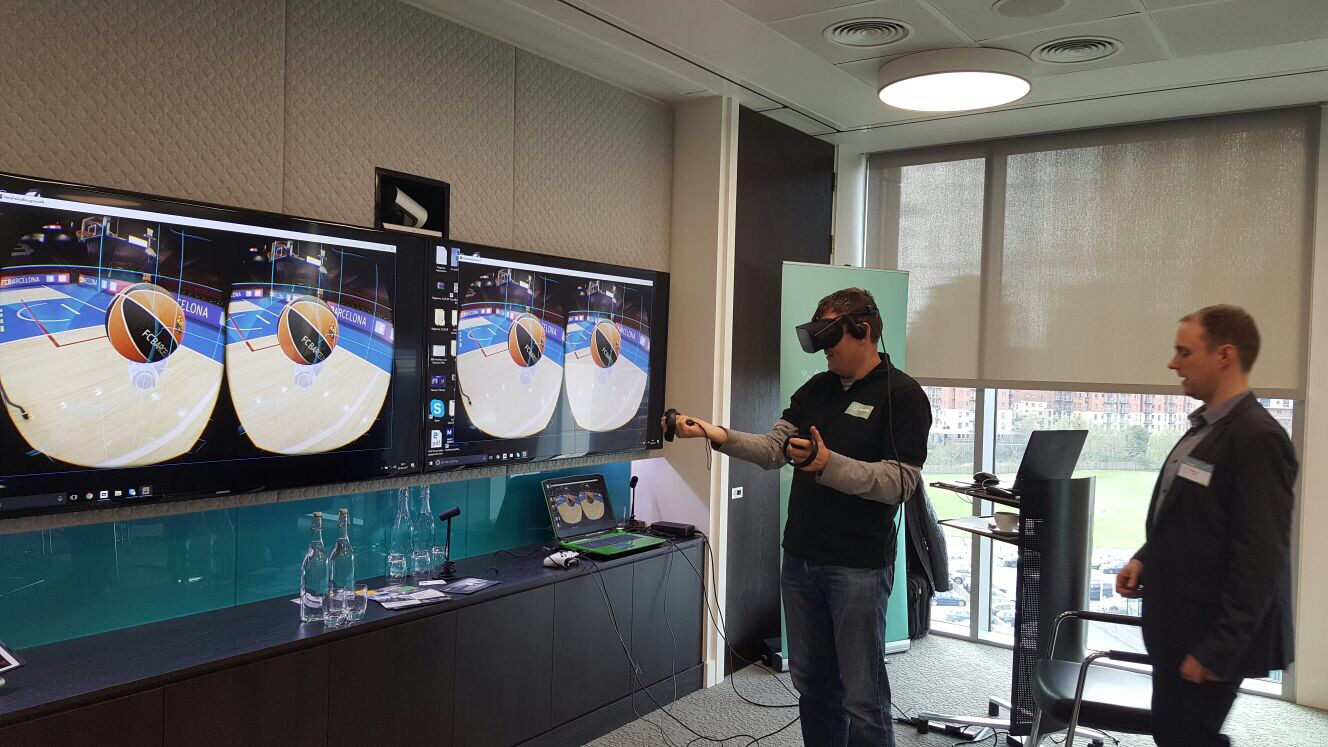 More recently the thinkBIM network has been able to lift the lid on the future with demonstrations of Augmented Realities and Virtual Realities. These technologies are actually starting to become widespread too as more and more businesses start to see ways to use gaming technology for customer engagement, construction rehearsals and health and safety briefings as well as for operations teams to better understand the assets that they are maintaining with a level of efficiency previously unheard of. #itsBIMupNorth not just a hashtag but proof that Yorkshire really is a centre of excellence for the digital delivery of projects.

But the key thing here is not the technology, but the people behind it. As Steve Jobs once said “Technology is nothing. What’s important is that you have a faith in people, that they’re basically good and smart, and if you give them tools, they’ll do wonderful things with them”. From a niche group of technically minded people the thinkBIM network has grown to reflect and support a much wider community focussed on working more efficiently and who adopt a whole lifecycle approach not just procuring data for the physical asset alone. And here-in lies the challenge going forward, ensuring the industry is constantly recruiting and upskilling the individuals and teams who are able to exploit the opportunity technology offers.

Let us know your thoughts of where the industry is and where it needs to be and where you see the future of digital technologies for construction.