Taking built environment sustainability deeper into the responsibility agenda, the International Living Future Institute are launching (Oct 2013) a new and important transparency initiative for the built environment to sit along side the Living Building Challenge and Declare. Just will provide clients, specifiers and procurers with ‘a view of how participating organisations treat their employees and where they invest their profits’

Just will cover the important areas of gender and ethnic diversity, salary equity, gender pay equity, community involvement, responsible investing and more, taking it beyond other programmes in the built environment sector. (And arguably areas that the UK Considerate Constructors Scheme should be addressing?)

The Press Release from ILFI reads:

In today’s global economy, it’s difficult to know what your consumer dollars are really supporting. JUST gives you an insider’s view of how participating organisations treat their employees and where they invest their profits. JUST works seamlessly with the International Living Future Institute’s Declare™ materials label and the next iteration of the Living Building Challenge™ (Version 3.0 — coming spring 2014).

By providing participating companies with a clear, elegant and informative equity ‘nutrition-label’, JUST aims to transform the marketplace through transparency and open communication. It aligns with the Institute’s Declare™ materials label to provide a holistic picture of both the products a company produces and the human story behind those products.
To participate in this voluntary disclosure program, an organization must submit documentation that asks for in-depth information about twenty distinct aspects of workplace equity and justice.
We’ll be launching the JUST label and searchable database FALL 2013. Join us in this critical initiative!
This post originally appeared on fairsnape isite blog
.

Heros and Texts for a Built Environment based on #CSR This post, written for Green Vision by Martin Brown @fairsnape was also published to his fairsnape blog

Listening to ‘These Streets’, lyrics by Paolo Nutini summed up the brilliant, inspiring Green Vision conference in Leeds – exploring CSR within the built environment.

The air smells much greener …

We heard of excellent progress being made by individuals, projects and organisations on the CSR journey, and how behind these are great influential thinkers, often outside of the sector, many, unsurprisingly, related to the ‘outdoor’ sector.

Many of the speakers were enthusiastic in sharing CSR heros and recommended CSR reading. So here, as a summary, or reading list are those mentioned during the day.  I wonder how many of these are on the reading list within design, construction and fm education? (Book titles link to Amazon)

Rock climber, environmentalist and outdoor industry businessman, noted for his contributions to climbing, climbing equipment and the outdoor gear business. His company @Patagonia is widely acclaimed for its environmental and social focus. According to Fortune magazine, Chouinard is arguably the most successful outdoor industry businessman alive today.

(On my blog: How can construction learn from Patagonia?)

Founder of Interface Inc., one of the world’s largest manufacturers of modular carpet for commercial and residential applications and a leading producer of commercial broadloom and commercial fabrics. He was known in environmental circles for his advanced and progressive stance on industrial ecology and sustainability.

Ray was was posthumously awarded an Outstanding Achievement award at this year’s Guardian Sustainable Business Awards in 2012. (There is a related, must watch, video here: John Elkington describing the work and legacy of Ray Anderson)

An environmentalist, entrepreneur, and author. Ray Anderson of Interface credited The Ecology of Commerce with his environmental awakening. He described reading it as a “spear in the chest experience”, after which Anderson started crisscrossing the country with a near-evangelical fervor, telling fellow executives about the need to reduce waste and carbon emissions.

Hawken’s book, Natural Capitalism: Creating the Next Industrial Revolution (1999) coauthored with Amory Lovins and Hunter Lovins, popularized the now-standard idea of natural capital and direct accounting for ecosystem services, a theme revisited by Rio +20 and likely to become more mainstream across the built environment.

Her 1997 book Biomimicry: Innovation Inspired by Nature defines Biomimry as a “new science that studies nature’s models and then imitates or takes inspiration from these designs and processes to solve human problems”. Benyus suggests looking to Nature as a “Model, Measure, and Mentor” and emphasizes sustainability as an objective of biomimicry.  Key thinking in the Living Building Challenge principles, as is

Edward Osborne Wilson an American biologist, researcher, theorist, naturalist and author. In the mid 80’s developed the concept of Biophilia, the connection between humans and nature, which translates into architecture and the built environment as comfort, well being and productivity through exposure to natural light and natural surrondings or imagry.

Dame Anita Roddick, human rights activist and environmental campaigner, best known as the founder of The Body Shop, a cosmetics company producing and retailing beauty products that shaped ethical consumerism The company was one of the first to prohibit the use of ingredients tested on animals and one of the first to promote fair trade with third world countries. Roddick was involved in activism and campaigning for environmental and social issues, including involvement with Greenpeace andThe Big Issue.

John Elkington @volansjohn is a world authority on corporate responsibility and sustainable development. He is currently the Founding Partner & Executive Chairman of Volans, a future-focused business working at the intersection of the sustainability, entrepreneurship and innovation movements

Jeffrey Hollender is an American businessperson, entrepreneur, author, and activist. He was well known for his roles as CEO, co-founder, and later Chief Inspired Protagonist and Executive Chairperson of Seventh Generation Inc., the country’s largest distributor of non-toxic, all-natural cleaning, paper and personal care products.

Gary Hirshberg is chairman and former president and CEO of Stonyfield Farm, an organic yogurt producer, based in Londonderry, New Hampshire. Now part of the Danone group.

Published in January 2008, Stirring It Up: How to Make Money and Save the World is a book about socially minded business that calls on individuals to realize their power to make a difference in the marketplace, while doing business in ways that adhere to a multiple bottom line – one that takes into consideration not only finance, but the environment and health as well.

Jeffrey Swartz is the president and CEO of The Timberland Company an organization that believes that doing well and doing good are inextricably linked. Timberland’s commitment is to reducing global warming and preserving the outdoor environment.

Founders of Howies a clothing company based in Cardigan Bay, Wales produces eco-friendly T-shirts, jeans and sportswear, and aims to have ethically correct practices. Howies use natural fabrics as alternatives to petrochemical-derived modern fabrics. Examples include organic cotton, Merino wool and recycled cotton. Howies T-shirts often have images or slogans with political or environmental themes

Dee Ward Hock is the founder and former CEO of VISA , described systems that are both chaotic and ordered, and used for the first time the term “chard” and chaordic,combining the words chaos and order.

Who are your CSR Heros and CSR Texts to add to this Built Environment inspirers list?

What additions or comments would you make to the entries above?

A full record (video, blog, tweets, presentations, storify) of the Building CSR Event is being curated on the be2camp event page here. 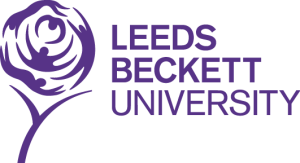