On Friday 18th July over 350 enthusiastic guests came together to celebrate the best in Construction at Sheffield City Hall. The Evening featured Peter Hansford and was hosted by the brilliant JoJo Kelly (Capital FM). We would like to thank sponsors, judges and all those who were short-listed. We are delighted to announce the winners from the evening below.The National final will take place on Friday 14th November in London, please keep an eye out for details of this. 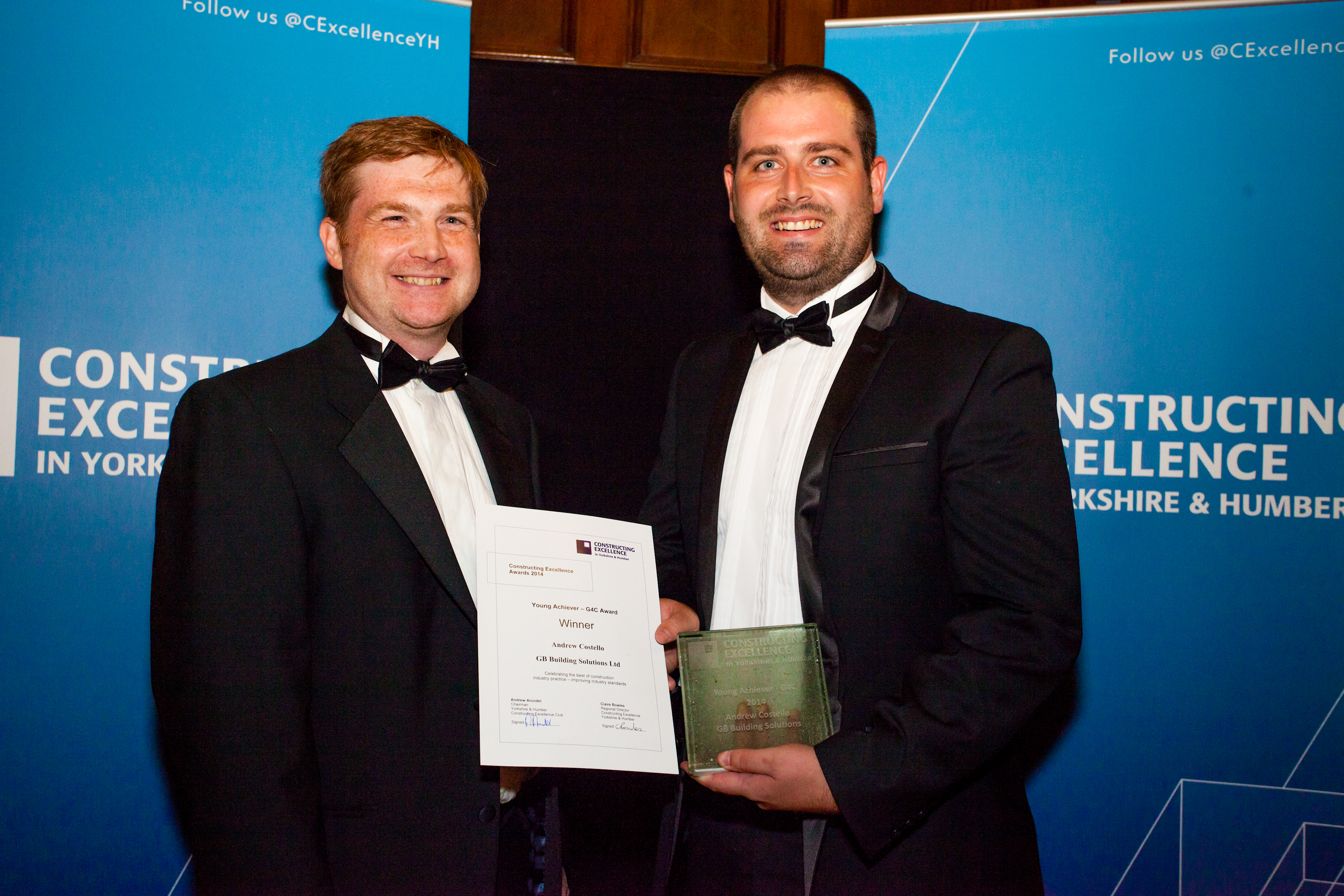 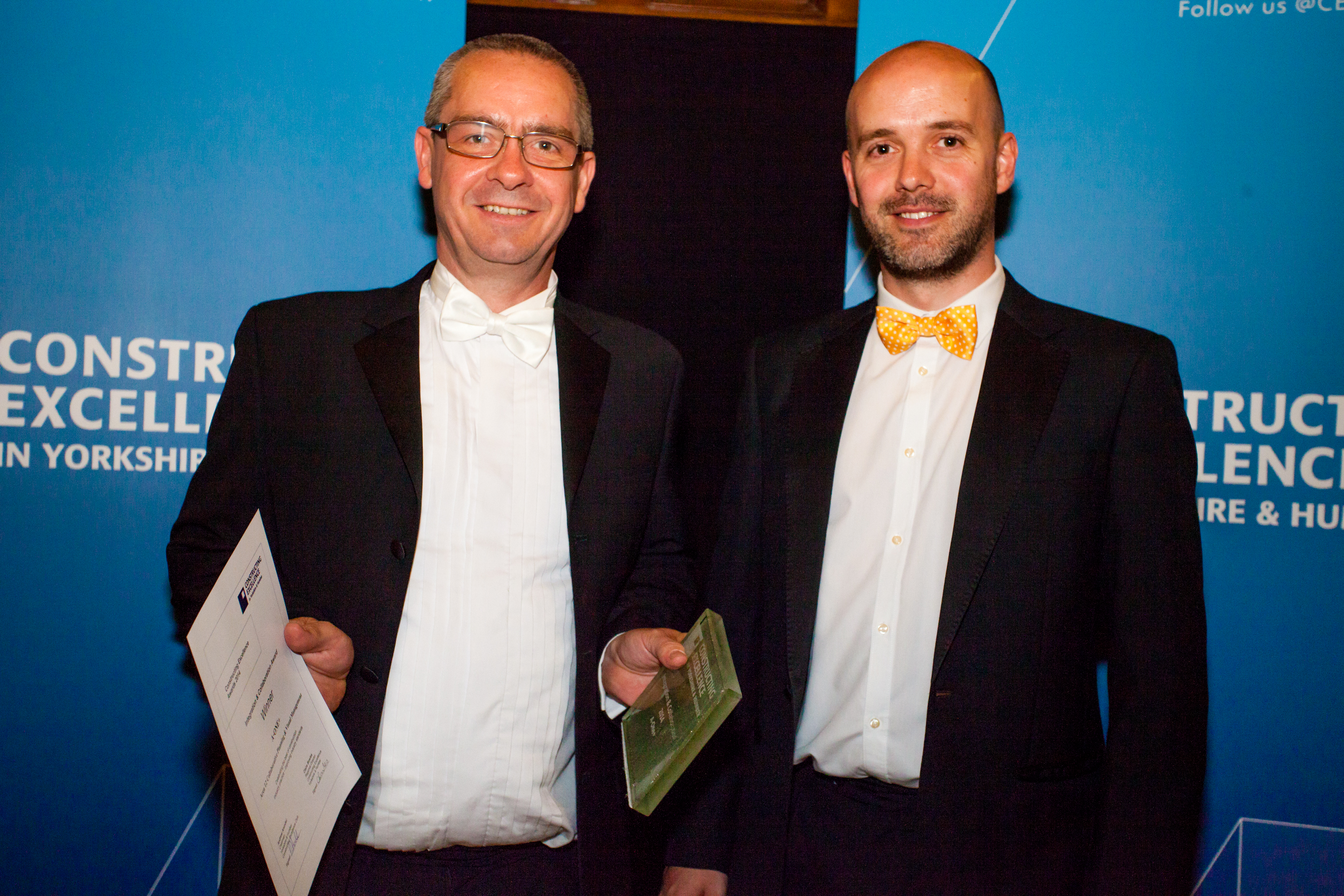 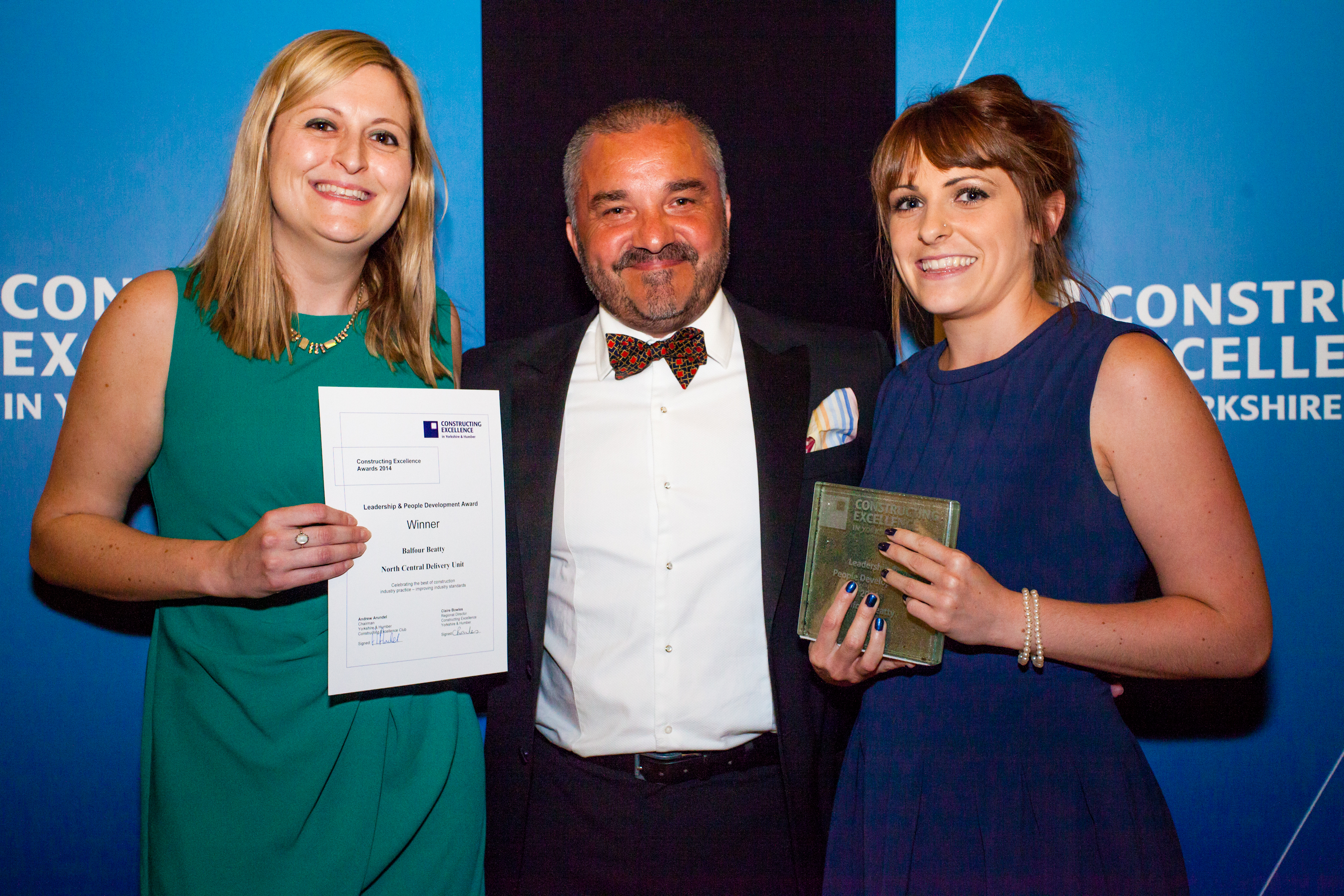 Achiever of the Year (Sponsored by Class Of Your Own)

Client of the Year (Sponsored by Bond Bryan Architects) 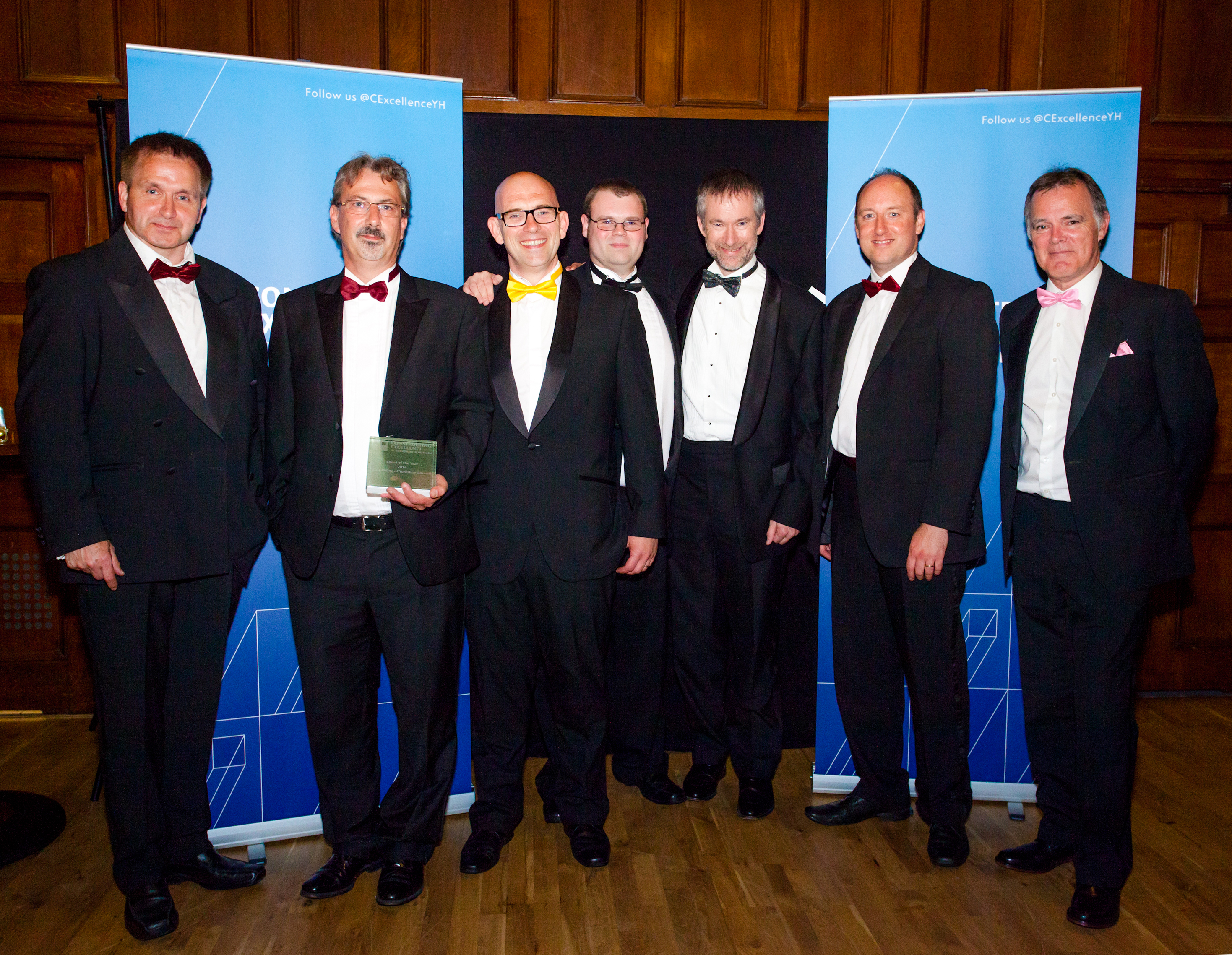 Project of the Year (Sponsored by William Anelay Ltd) 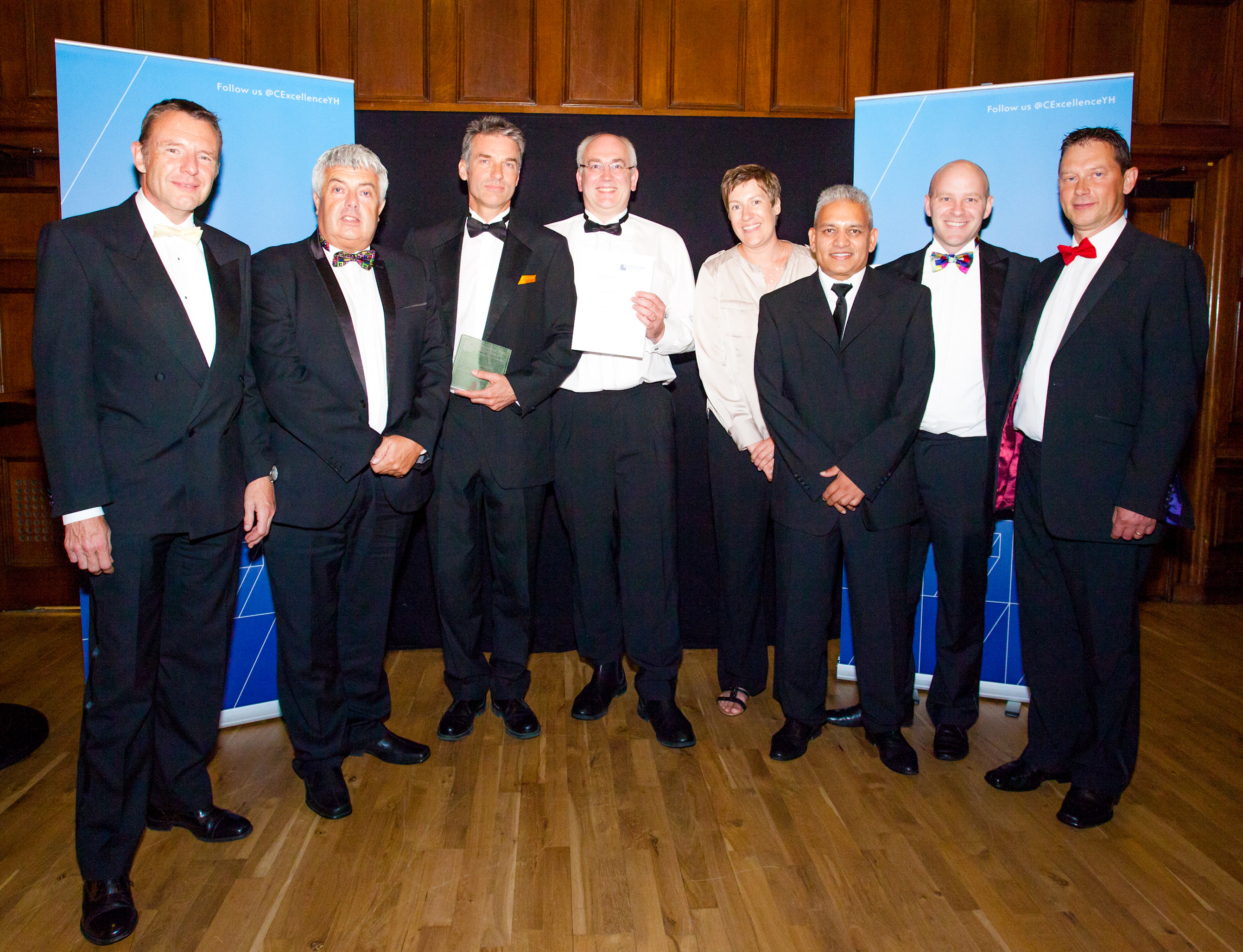 Best of the Best (Sponsored By YHCE Club) 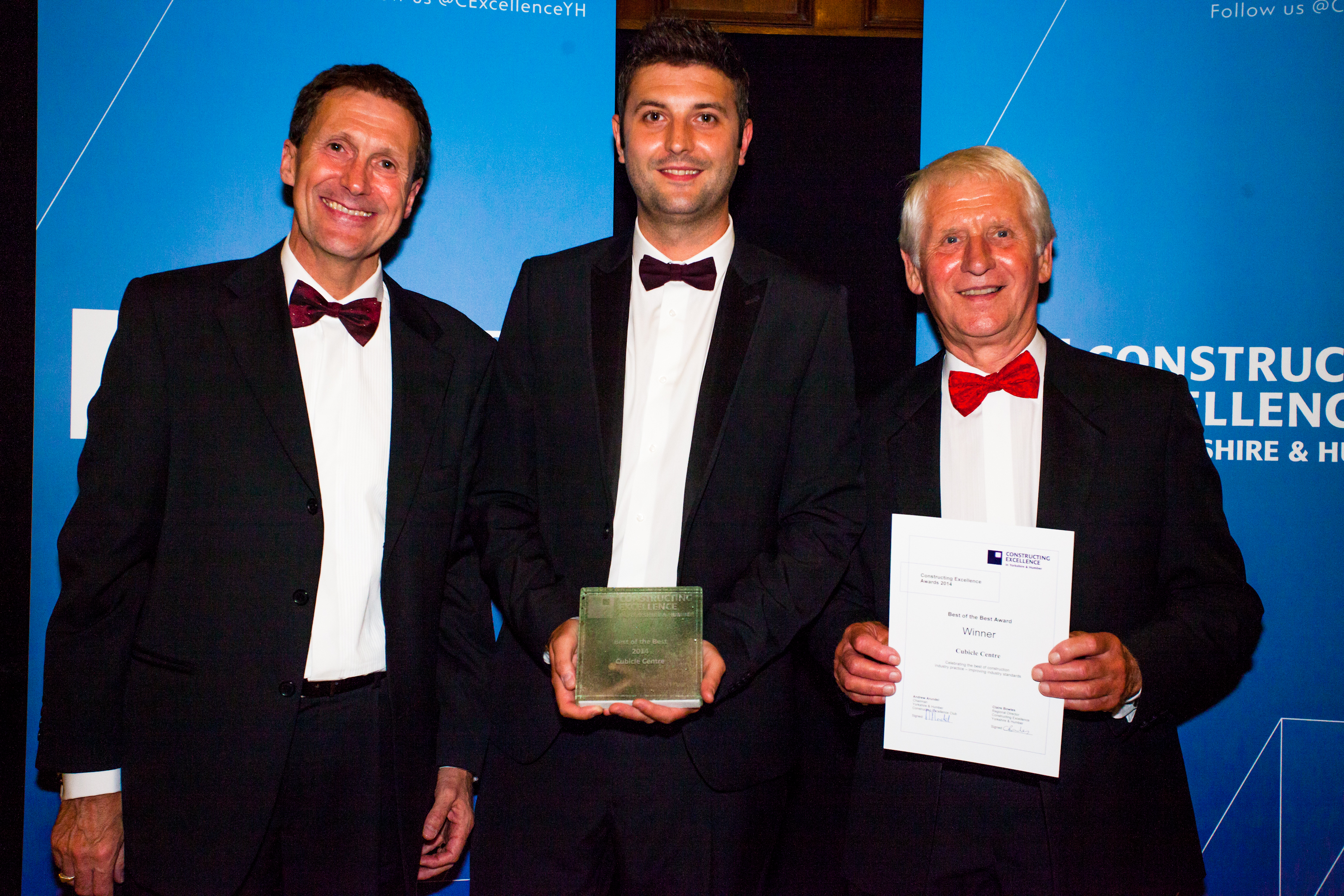 Claire Bowles welcomed all attendees to Addleshaw Goddard and explained this was our final event for the summer. Constructing Excellence seminars will resume in September after the awards ceremony which is held on 18th July 2014 at Sheffield City Hall. Our chair for the morning was introduced as Dr Tom Knowland, Head of Sustainable Energy & Climate Change.

There was a great array of construction professionals at the seminar and Tom kicked off the proceedings by thanking everybody for attending. Tom explained he has a great interest in Passivhaus and that Leeds is on the cusp of building its first Council houses for over 40 years with an aspiration to reach very high and hopefully Passivhaus standards. The aim is to have attractive council houses that achieve high environment and energy standards with less running costs. Tom introduced the first speaker of the day, Elrond Burrell from Architype Ltd to discuss “Passivhaus: Sacrificing natural materials for energy efficiency” 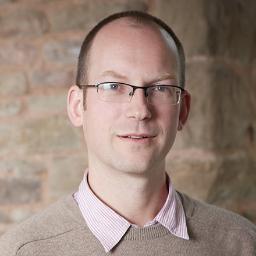 Elrond addressed the room and explained that he attends a lot of events speaking about Passivhaus and about BIM, both of which he is always very excited to share about. Architype have been around for 30 years and specialise in fully integrated design and low energy performance buildings and have won many awards. The company are very proud of delivering buildings that perform as well as or better than predicted.   Elrond described how some people have misconceptions about Passivhaus being hippy, green, soft and furry. Others believe it is German minimalistic. Architype’s theme is simple and elegant designs.

Elrond talked about the PH performance standard. This is strongly about human comfort and to provide a good quality environment. It’s about setting ambitious but achievable targets. We need to meet benchmarks. This can be daunting but it gives you clarity. There is a rigorous certification process with checks by a 3rd party.

Elrond explained that Architype has won the Ashden award for cutting carbon. Architype used the award money in partnership with Oxford Brookes University to employ a researcher. The researcher undertook detailed building performance analysis and post occupancy evaluation of 10 of their buildings, including some live projects. The results were very educational to the company and helped in their move towards Passivhaus where the “performance gap” has essentially been eliminated. Passivhaus encourages an integrated design process where everyone collaborates. It is evidence based and certified Passivhaus are often performing better than predicted. It helps drive towards simplicity. Elrond stated “All our clients love it”. People who live in a Passivhaus would never live in any other house.

Elrond described how timber is widely used in New Zealand where he is originally from. Elrond explained that after he had worked in the UK for several years he was keen to join a company who used a lot of timber in their projects, which was part of his reason for joining Architype. He displayed images of a project at the University of East Anglia and talked about a typical wall made up with a load bearing stud and an additional zone for further insulation. This project is a really good example of timber through and through. Elrond explained that Architype typically use off site construction. Recycled newspaper is used as insulation. The shell of the building is exclusively timber. Natural stains and paints are used which complement and enhance the warmth and a tactile presence of the timber.

Elrond provided examples of projects such as the Passivhaus schools in Wolverhampton. This brings children into contact with natural materials. UK grown Douglas Fir is also used. Elrond described a University building that will be clad in thatch by using prefabricated thatch panels. This could bring new interest in the local thatching industry.

Elrond talked about how cedar shingles were used on the Hereford Archive and Records centre. Lime render was also used as this uses far less carbon dioxide. The repository (document storage) part of the building surpasses the Passivhaus standard as there are no people working in this part of the building.

Elrond described how at Wilkinson primary school in Wolverhampton linoleum flooring has been installed because this is hard wearing. Fermacell has been used for walls as this is denser than standard plasterboard and is made from recycled materials including cellulose fibre and gypsum. Ceilings are from wood wool panels. Plywood and softwood are used for handrails and architraves and there is plywood acoustic panelling also. Natural oils and stains are used were possible.   There are also timber batten ceiling, which helps to absorb sound. Architype even use recycled carpets and old car tyres for barrier matting!

Elrond closed his presentation by saying that some misconceptions are that the buildings are not attractive. Elrond spoke with great conviction about how attractive and beautiful Passivhaus buildings can be.

Tom Knowland thanked Elrond for a very informative presentation. Our next speaker was introduced as Chris Herring from Green Building Store to discuss the topic “From derelict barn to eco exemplar education centre” 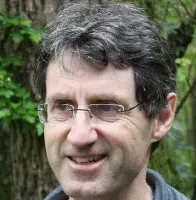 Chris began by saying there may be a crossover of subject slides between his own and Elrond’s however this would only go to reinforce the subject matter.

Chris explained that his company were approached in 2011-12 about the renovation of Stirley Community Farm. The derelict barn was in a fairly exposed area and Chris laughed as he recalled how cold it had been on the first day he visited the barn!   Chris went on to explain that his business partner Bill Butcher was project manager for the project. The task was an eco-renovation to teach children about horticulture and growing. Chris explained they led the project and did the detailing. Chris stated if you are serious about a project the only way he knows is Passivhaus. You have to get the fabric right. Fabric first to be robust.

Chris talked about Wolfgang Feist who is the Founder and Director of the Passive House Institute in Darmstadt, Germany.

Chris explained that the primary focus of the project was getting the fabric right so the building would work indefinitely.   Chris highlighted an image of the barn which showed the layout. It was a big 2 storey space. The challenge was to look at thermal performance. The risk of moisture within the cavity and in the timber frame was a big concern.

Chris described how a huge amount of underpinning was required. Chris talked about insulation in detail and the concerns about moisture and how a tanking system with a drip was installed. Chris explained the whole cavity is ventilated and the complex detailing required. Chris described how teplo ties were used and were specially made so they could be bolted into the frame. Chris talked about wind, rain and solar driven moisture and explained a moisture analysis was carried out. Leeds Metropolitan University are currently continuing to monitor this. It is working well so far but will be monitored for a number of years.   Chris explained how the windows and doors of a Passivhaus must be in line with the insulation. Aluminium liners were used. The door thresholds were a big issue so Compacfoam high density polystyrene was used.

Chris talked about the MVHR vent strategy. 2 ventilation units were installed that work in tandem. The idea is that staff will switch this to ‘boost’ when there are lots of people in the barn.

Chris explained that the barn is currently going through EnerPHit certification. There are 2 standards available and they have opted for the elemental method rather than retrofit.

Tom Knowland invited comments and questions from the audience:

“They were 2 very interesting and contrasting presentations. How do you overcome noise issues such as switching on the fans? How do you manage the noise?”

“We need to upskill people to drive the Passivhaus standard forward”

“A school with opening windows, I thought that natural ventilation was disallowed?”

“Do you think that the industry is really ready to build Passivhaus?”

“The industry has a long way to come”

“I cannot justify this in my own mind. It’s not affordable unless using government money. I’m not convinced. We build retirement buildings and I don’t think our elderly clients would be interested they believe they have done their bit for the environment”

Elrond responded that he has never experienced any sound problems in any of his buildings. On the subject of budgets Elrond confirmed there isn’t a project they have delivered that hasn’t met the set budget. It’s about prioritising the budget.

Elrond believes that the industry is ready to build Passivhaus with the right motivation. It is about having a good collaborative ethos.

Chris agreed that people in the industry need to be upskilled. Chris doesn’t think the industry is quite there yet. He believes we should be setting targets to upskill the industry. Chris delivers consultancy work with large contractors and believes we need to change the way contracting is done. It is about good detailing and good quality builds. Chris said that Passivhaus is not fully understood by the consumer. There is no market driver yet. People who have lived or worked in a Passivhaus love their building and they are passionate about it.

Tom thanked our speakers for two interesting and informative presentations.